EEG sensors in montage visualization appear outside of the head circle

Hi, I am having an undesired visualization of the EEG montage 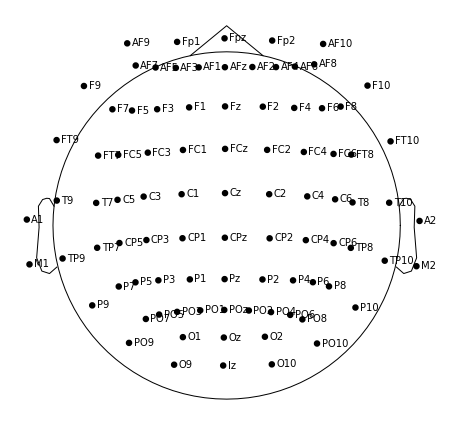 However, another montage is fine 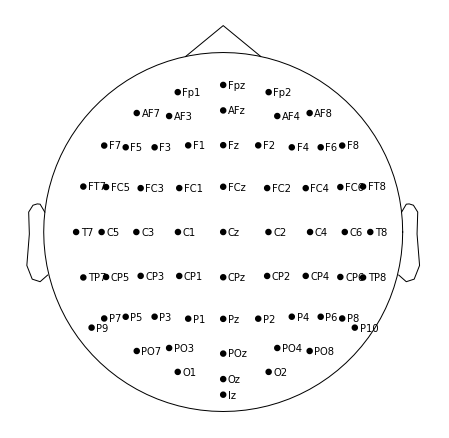 Is it windows or MNE itself ?

this is an excellent question and observation you’re reporting here.

I recently worked on some montage-related stuff in the MNE code, and it turned out that even in the core development team, there was (and probably still is, to some extent) quite some confusion or at least surprise in regards to how we deal with those “standard montages”.

Here is the gist:

Because we store 3D coordinates for each EEG electrode, visualizing a montage in 2D is complicated, as there is not just one way to do it.

By default, MNE makes it such that the head circle represents the plane that goes through Nasion and Inion. This is why in the plot for your Biosemi montage, all electrodes are placed inside the head circle – which is a bit of an uncommon sight, at least for users coming from other EEG toolboxes like EEGLAB.

I believe the reason why this seems to be different for standard_1020 is that the electrodes there are placed on fsaverage. So be careful when directly comparing standard_* with the other built-in montages.

In MNE-Python 1.1 (to be released very soon), in all functions that produce topographic plots – including montage.plot() – you will be able to pass the parameter sphere='eeglab', which will make it such that the head circle is on the plane through Fpz and Oz. Please see the updated tutorial here:

Taken from this tutorial, this is an EEG montage plotted with the default settings: 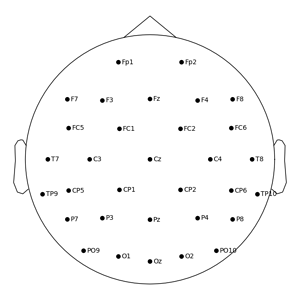 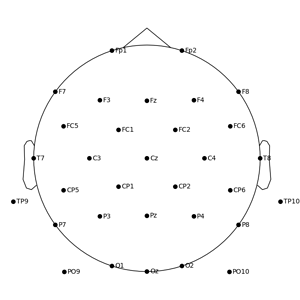 Again, this will only become available with MNE-Python 1.1.

I hope this helped clarify things a little bit!

Looking at this figure again, something doesn’t quite add up with my response above:

I said that the head circle is placed on the plane that is determined by Nasion and Inion; but here, it can be clearly seen that Iz – which I believe to be the Inion – is placed inside of the head circle.

I have actually noticed that my code in “eeg_positions” for achieving Fpz,T7,Oz,T8 to lie on the head outline stopped working with some changes in mne. I used to use this code (taken from Mikolaj’s example): 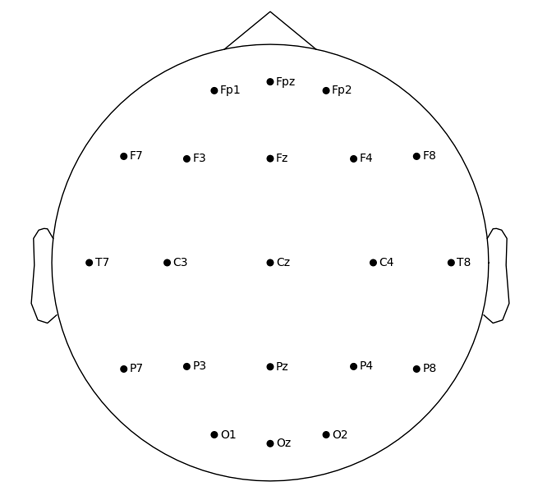 However given that you nicely implemented this for mne 1.1 with sphere="eeglab" @richard, I just prepared a PR that I’ll merge once mne 1.1 is released … and there your code works perfectly well → use new sphere=eeglab by sappelhoff · Pull Request #13 · sappelhoff/eeg_positions · GitHub 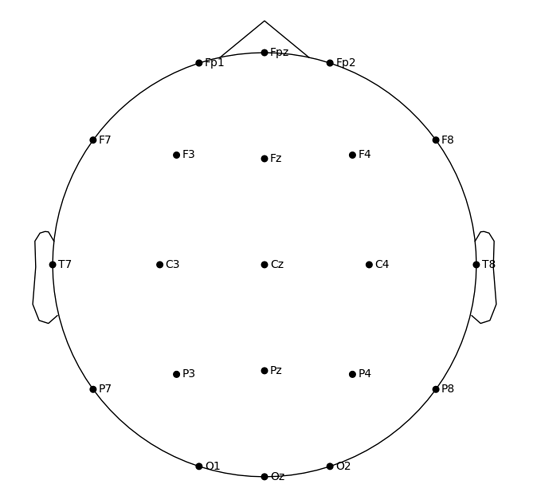 Now I’m more confused than before – we are now talking about two different problems, right?

we are now talking about two different problems, right?

I see the problem with Iz not lying on the head outline now.