After trying for a few days to try to fix my issue with the mne coreg command, I am out of ideas and thus asking you for help.

My issue is that whenever running the mne coreg command on my computer (using the
mne coreg -d ~/mne_data/MNE-sample-data/subjects -s sample command)
, I get a black screen on the visualization pannel: 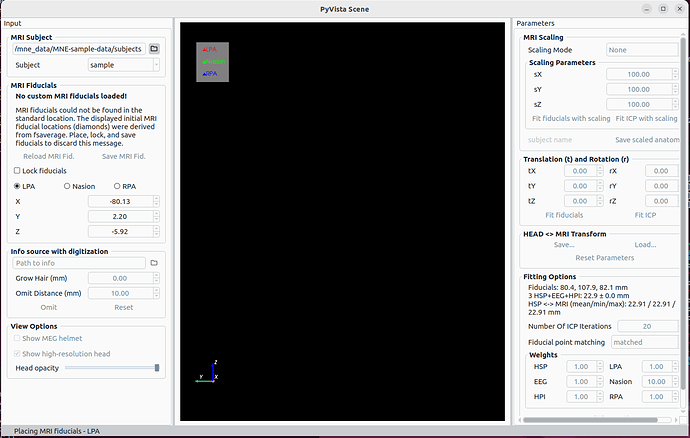 I tried recreating a different virtualenv for mne, downgrading Python, using older versions of pyqt5 & vtk that could cause these problems, but no luck so far.

In the case of the last solution, it doesn’t work as the vtk version installed is not compatible with mne it seems (vtkmodules; required by mne is not part of that version of vtk).

The solution to this problem might be obvious, but I’m a bit stuck at the moment!

Thank you for your help!