Hello, I am reaching out after several unsuccessful attempts to realign head and MRI coordinates to my CTF 275 MEG recordings with the objective of performing a sources reconstruction. I think my issue might be somehow related to #4727.

I don’t have access to the individualized MRI scans of my subjects, hence at first I’ve tried to perform the sources reconstruction based either on a pre-made head model (e.g. ‘fsaverage’) or lately, on a sphere head model ( i.e. based on the the 3 cardinal fiducial points plus 29 other extra digitization points from my raw files) assuming it was easier to align it in space.

Here are some images of how the plot_alignment outputs look like at different runs: 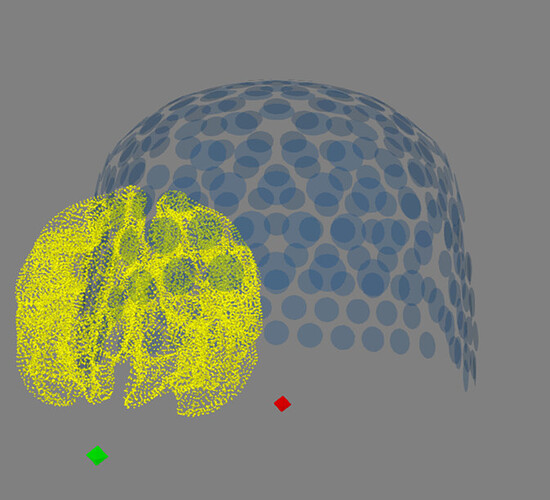 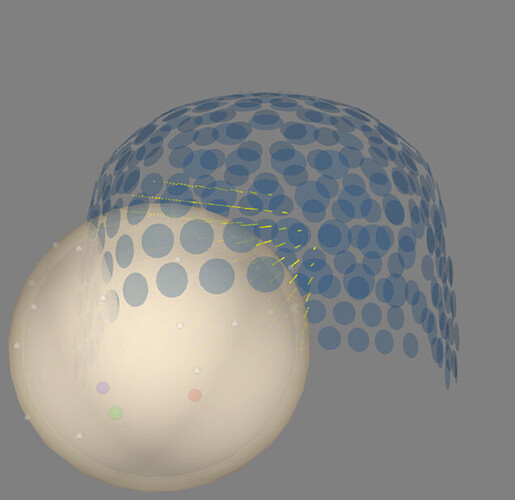 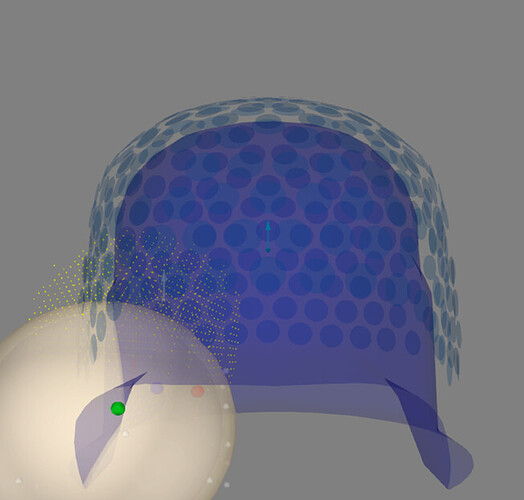 In my last attempts I have thought that the problem was based on the origin coordinates I was passing to the make_sphere_model commnad through fit_sphere_to_headshape. Therefore, I have tried to copy the “origin device coordinates” (i.e. output in my bash window) manually to the sphere hoping that was going to work, but it was not the case. I have also tried to then look for those origin coordinates of my different frames of reference (e.g. head/MEG), but I haven’t been able to pull the coordinates from: mne-python/constants.py at main · mne-tools/mne-python · GitHub

I have also tried to empirically calculate the real MEG origin coordinates from data.info[‘dev_head_t’][‘trans’], hoping that would help me to compensate manually for the RunTimeWarning that says that (x,y) fit is more than 20 mm from head frame origin, but I was not quite sure on how to accurately compensate spatially those 20 mm that are mismatching.

Long story short, I feel I am running in circles from one possibility to another just in order to overcome what it seems to be a simple geometric problem. Thus, any advice to move forward (pun intended) in my analysis would be very much appreciated.

Thanks in advance for your inputs.

Hello @RobertoFelipeSG and welcome to the forum!

Thus, any advice to move forward (pun intended) in my analysis

Do you think you could share your recording (actually, a super short snippet would suffice, as basically we’ll only need the info structure)? I could then try to take a look.

You can anonymize the metadata via e.g. raw.anonymize() before sharing.

PS
I’ve never seen anyone do source estimation on MEG data without individual MRIs. For EEG, it is quite common, but for MEG … apparently not. Are you sure you’ll really want to go this route?

Dear @richard, thanks for your reply and your willingness to help.

I am glad you appreciated my joke. Who said science and comedy couldn’t co-exist, am I right?

I sent to your personal email one of my raw anonymous datasets and its corresponding pre-processed file. Please let me know if this is sufficient or if there is anything else I can help with to overcome this issue.

P.S. I am fully aware this is not a common practice. I have done EEG source reconstruction with averaged brains before and now I would have liked to implement now a more accurate approach for this MEG dataset. However, to the best of knowledge, we don’t have the complete set of MRI scans corresponding to all the subjects as this was a dataset acquired pre-pandemic. Aside from the lack of spatial accuracy, what else in your opinion would I be facing if I decide to go analyze my data this way?